THQ Nordic has announced the acquisition of two IPs from Atari, Alone in the Dark and Act of War. Alone in the Dark is often credited as the origins of the survival horror genre, and is one of few franchises the remains of Atari has visited recently (the critically panned Alone in the Dark: Illumination). Act of War, on the other hand, was a real-time strategy game from 2005 developed by French studio Eugen Systems.

Typically, THQ Nordic looks to release remasters of the games they acquire this way, and perhaps 2008's Alone in the Dark reboot is the most likely candidate for a remaster. We could also see them look to reboot the franchise once more. What they want from Act of War is anyone's guess, but we'd guess the first ord of business would be to update the Steam version with proper Windows 10 support. Eugen System's followed up Act of War with a spiritual successor called Act of Aggression and are currently busy with Steel Division 2.

Would you like to see a new Alone in the Dark? Perhaps one that stays true to the survival horror origins?

THQ Nordic picks up Alone in the Dark, Act of War rights

A couple more IPs are added to the ever growing portfolio.

Thank you for your time. We will take care of this matter as soon as posible
I remember Alone in the Dark quite well I enjoyed it for the most part on the 360 I might be wrong but I also remember it being really buggy or am I thinking of Test Drive unlimited either way they were both really good untill they bugged out and pretty botched werent they 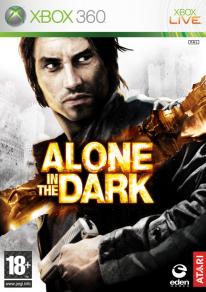 Alone in the Dark: Inferno