Major Nelson has announced this week's Deals With Gold, a bunch of discounted games for the Xbox consoles available to everyone who has Xbox Live Gold. Both Far Cry 4 (with DLC) and Assassin's Creed: Unity are 45% off, and Call of Duty: Modern Warfare 3 is 60% off, to name but a few. There's also some cheap content for Bioshock Infinite. Head over here for the full list of all discounted games and DLC. 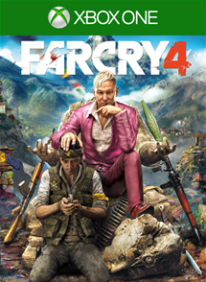