The definitive edition of This War of Mine is heading to consoles - PS4 and Xbox One - on January 26, and when it lands it'll do so with the subtitle The Little Ones, reflecting the new storyline being added to the game that brings children into the fold.

The new edition will include all previously released content, and on top of the existing setup where players must try and survive as civilians stuck in a war-torn city, we'll also be able to experience this harrowing portrayal of war through the eyes of a child. The game will cost $29.99, 29.99€, £24.99 when it launches early next year. You can read our review of the PC version of the game here. 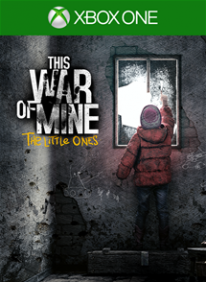