We cornered Thief's producer, Stefan Roy, at this year's E3, and got him to tell us more about the incoming series reboot.

During the interview Roy talked candidly about how the success of Deus Ex: Human Revolution had enabled the studio to reboot another classic franchise: "Thanks to [the publisher] - because it's been a big success with them - people are now willing to give us a chance... Eidos Montreal proved that they know how to reinvent a classic franchise, so now, thanks [to the team behind Deus Ex: Human Revolution], that give us the "permission" to give it a try."

He continued: "The objective here is really not to reinvent the stealth and trying not to change everything; it's more about giving you the fantasy to be a master thief. There is not a lot of product on the market - a lot of product is you're killing machine, you're soldier, it's about killing - [for] us it's about to steal and not to kill, and it's kind of unique. So we work very hard to bring you in this universe and convince you that you're this master thief."

Much as it was with the Deus Ex reboot, there are some fans who are unconvinced by the update, preferring their memories remain intact and the series left alone. Certainly the studio's work on Human Revolution gives them some latitude to experiment, but they're also aware that they can't stray too far from the original vision.

"If you know the franchise well you should be comfortable. I mean, we really respect the universe, the city, and stuff like that," he said, offering reassuring words to fans of the series.

However, they're still changing some elements as they look to update the series: "We decided to leave behind the magical aspect... last year we talked about mystical. It's not steam punk also. [The] first was more steampunk, it's not steampunk now. That is our input, the rest is the same universe, the same... the narrative aspect is really important; Thief used to have great story with a lot of layers and history, same thing for us this year. I think it's a good mix."

Roy was confident that the planned changes would be warmly received, and if they're not, players will still have the option to tweak their experience to their preference: "Why Garrett is a master thief? Why is he so unique and special? According to us the Focus is part of the explanation. It helps you to increase your ability in some areas. That said, I know some people are nervous, I know that some people will say "yeah, but a real master thief should not use it." Don't worry, you'll be able to disable it if you want. But give it a try. I think it's well done, it's really connected with the story. It's not something out of nowhere."

He then added: "All that together... to make a [Thief] game is possible, to have [the] right to put the Thief sticker on the box is another thing. So that's why we don't want to reinvent everything, we want to bring back this franchise... we don't want to change everything here." 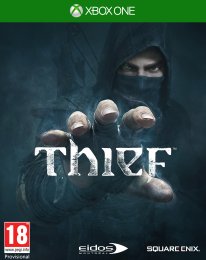