Straight Up Films has acquired the rights to make a movie based on the Thief franchise owned by Square Enix.

The series, which was revived in 2014 when Eidos Montréal released Thief, follows the story of master pickpocket Garrett. We played it for review and thought it was pretty decent, and a film based on the series certainly doesn't sound like a terrible idea (then again, we all know how movie adaptations tend to work out).

"We have always been passionate about telling stories and bringing them to different mediums. With the intricate world of THIEF being made into a feature film, a larger audience will be able to dive into this universe," Eidos Montréal chief David Anfossi told the crowds that assembled for the announcement.

There's a lot of names already attached to the production side of the project. Rather than try and reword it, we've just copied the entire paragraph as received in the press release:

Straight Up Films will produce the feature adaptation with Roy Lee and Adrian Askarieh. The company's President of Production, Sandra Condito, will serve as executive producer, along with Khalid Jones of Source Rock and Square Enix's subsidiary, Eidos-Montréal. Feature film writing duo Adam Mason and Simon Boyes (Misconduct, Hangman, Not Safe for Work) will write the screenplay. Lee, who will produce under his Vertigo Entertainment shingle, was a producer on the How to Train Your Dragon franchise, and is currently developing sequels to 2014's critically acclaimed box office hit The Lego Movie. Askarieh's film credits include 2007's Hitman™, starring Timothy Olyphant and Olga Kurylenko, and its sequel Hitman: Agent 47®. He will produce the movie under his Prime Universe production banner. 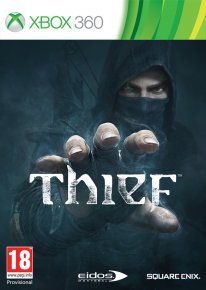