This means that we'll get to fight as Link, use the Master Sword, ride Epona, use Epona in fights, and see how Navirou looks in Majora's Mask. The expansion will be completely free, so it's definitely worth the download, and you can get a taste of what awaits in the trailer below.

Are there any other games you want to see fused with The Legend of Zelda? 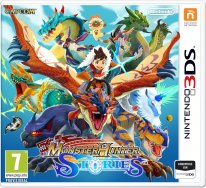