Yakuza: Like a Dragon was launched outside of Asia in November last year, and was the biggest step for the series yet. It had a new main character, a new city and was also transformed from action-based to a fairly traditional turn-based RPG.

We really approved with all these things and gave it a high grade in our review, and it seems like most people actually liked it. Including the developers Ryu ga Gotoku Studio. When the Yakuza creator Toshihiro Nagoshi and producer Kazuki Hosokawa talked to IGN before the weekend, they explained:

"The Yakuza series has been transformed into a turn-based RPG. On the other hand, over the years, Ryu ga Gotoku Studio has accumulated resources and know-how of making flashy and exhilarating action games that are effortless to enjoy. We decided that we should let our signature action gameplay live on through Lost Judgment."

What are your opinions on this decision?

Yakuza: Like a Dragon is the most successful title in the series yet

Sega's Shuji Utsumi confirmed this fact in an interview with Famitsu.

The Yakuza series will be turn-based from now on

Like a Dragon was the start of some pretty big changes for the series. 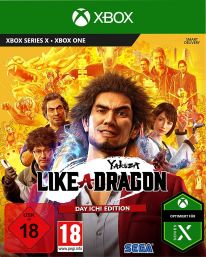