At Gamescom 2016 we talked with Piranha Bytes' Amadeus Weidmann and Harald Iken to learn more about their new open world RPG Elex that merges both fantasy and science fiction, and they gave us some interesting details on the world of the game as well as the factions that players can encounter.

"We have a very huge world," Iken informed us. "We have different landscapes in our world, we have a desert, we have wood forests, stuff like that, and the story is that you were once a member of the antagonist faction and you now have to fight your way back because you don't belong to them any more. You have to survive in our world and our world is very dangerous so you choose a new faction and get the powers again."

Dwelling on the world, Iken continued: "I don't know if you know our game Gothic 3, it was very huge and Elex is bigger and without loading zones I have to repeat. You can travel to almost everywhere and we have such a different landscape, you have a lot to explore and I think it's heaven for roleplay gamers."

In terms of factions, the choice you make at the beginning of the game is final. "We made this choice because the player has to decide and be a member of his faction. [They have] to climb ranks in that faction and stuff like that. A lot of NPCs will react to which faction you choose so also it brings a lot of replayability."

There are also unique skills to each faction too, meaning players need to choose carefully. Elex is still fairly early in the development and fans can expect it to hit PC, PlayStation 4 and Xbox One in 2017. 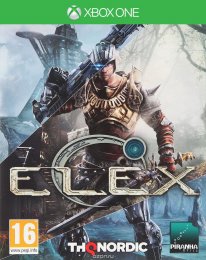