If you owned a Wii U and you love Platinum Games, you are most likely familiar with The Wonderful 101. The actioner released on Nintendo's dual-screen console back in the summer of 2013, and we liked the game here at Gamereactor (you can read our review if you want to know more) and so did a lot of you.

Unfortunately, due to the failure of Wii U, The Wonderful 101 didn't get the attention it deserved. However, Platinum Games is looking to fix that and last night launched a Kickstarter campaign to attract the funds needed to develop a remastered version of the game for the Nintendo Switch.

And lo and behold, in just a few hours, the crowdfunding campaign had reached its target (which was just under £40K) and now we're working our way through the stretch goals (the current total stands at around 780K). That means that the game is also heading to PC and PS4 (but not Xbox One, it would seem), with an expected delivery date of April 2020 (additional materials are due to be sent out around November 2020).

At the moment, there are still 31 days to go before the Kickstarter campaign closes, so who knows how much more funding the studio will attract this month and what new stretch goals will unlock?!

This looks to be a cult classic.

The Wonderful 101 Remastered not on Xbox due to its engine

Hideki Kamiya has explained why The Wonderful 101 won't land on Xbox One.

The Wonderful 101 hits Kickstarter and gets insta-funded

The game is now heading to three new platforms with the campaign now aiming at further stretch goals.

Could The Wonderful 101 be coming to Switch?

Platinum Games has yet again raised some eyebrows. 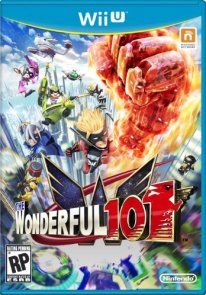