The Undergarden, despite being a sweet puzzler without violence, has some things in common with Limbo. Playdead's black and white puzzle game might have been gruesome where The Undergarden is sweet, and the latter is more likely to make you squee and weee with joy where the former made us jump in sympathetic pain and the small protagonist was impaled on spikes, but the two build on two things - physics and the visuals.

In The Undergarden you float around, pollinating the flowers that grow on the walls and floors of the underground cavern you find yourself in. You pick up special flowers to help you solve puzzles, or carry around on small musicians whose music makes them shift colors. Winds will send you tumbling through corridors, while explosive seeds will help you blow away walls or send rocks flying.

It's nothing fancy, it's nothing revolutionary. Physics based puzzlers are everywhere today. What The Undergarden does so well, on the other hand, is its charm. The graphics are beautiful, the flowers that grow and shift as you move through the world glow against the darker backgrounds, and the main character is delightfully cute. It's all in the small details here, not any overarching and innovative brilliance. Take the fact that you can see the last level you completed in the background of the current one, for example. Completely pointless through a game perspective, yet it gives the game even more atmosphere.

Much has been said, from the developer and publisher, that The Undergarden is supposed to be a "zen-like" game. And sure, in some ways it is; mostly because you can't die. Exploding seeds will throw you across the room and the unfriendly parts of the flora will only steal the pollen you're carrying. There are no actual time limits, nothing that hunts you down or wants to devour you. The music is relaxed, the graphics soothing, and floating through the caverns can be oddly relaxing.

That's not to say that The Undergarden doesn't tick me off at times. It does, in the same way that other physics based games do - when the physics just won't play nice, or feels like an annoying impediment instead of the basis of the actual gameplay. Most of the time this isn't much of an issue here, things don't bounce around as much as they used to do in this genre's infancy, but there are still moments when I just want to be able to pick something up and move it to where I want it instead of hoping that an well-placed explosion will do it for me. There's also been a few frame rate drops, but luckily nothing major that gets in the way of soaking in the atmosphere.

The Undergarden is hardly a marvel of engineering or a game that will define the genre. But it's a sweet game that makes me happy, with a world that I enjoy exploring. Going back to a previous level to grab a certain hidden crystal or pick up a musician I know I've missed, or pollinate that last percentage of flowers I didn't managed to get on my first play-through, doesn't feel like a chore. I enjoy spending time with it, while others blow each other to pieces in Call of Duty: Black Ops.

HQ
Gamereactor UK
+
Great atmosphere, beautiful graphics, co-op mode
-
The physics can get away of the "zen-like" qualities
is our network score. What's yours? The network score is the average of every country's score

REVIEW. Written by Petter Mårtensson on the 12th of November 2010 at 15

While the rest of the world is shooting each other online, Petter has dived into Vitamin-G's mysterious Undergarden in search of illumination... 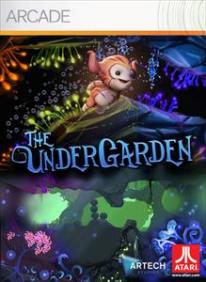