It would appear that The Turing Project isn't the only game to land on the Switch today, as LKA.it and Wired Productions have just re-released The Town of Light on Nintendo's hybrid home console, this time with exclusive "making of content and documentary footage of the real Psychiatric Hospital of Volterra, never before seen on other platforms."

The atmospheric adventure game, which we reviewed here, explores the dark side of historical mental health care in Italy, and as such, 10% of net proceeds from sales of the game are going to be donated to mental health charity Safe In Our World. Classy.

The Town of Light

"The incoming console upgrade refreshes and updates the experience."

The Town of Light lands on Switch with new special features

The thought-provoking horror-adventure has just crept onto the Switch with never-before-seen footage.

Proceeds from The Town of Light will now go towards charity

This is until September 6.

The Town of Light's console release just got dated

Psychological thriller coming to PS4 and Xbox One in June.

The Town of Light: Visiting Volterra

We visited the asylum that once housed thousands of mentally ill patients, and that provides the backdrop from LKA's challenging interactive adventure.

The Town of Light is heading to Xbox One

First-person psychological thriller out on PC next week.

The Town of Light dated, to be admitted in February

The Town of Light 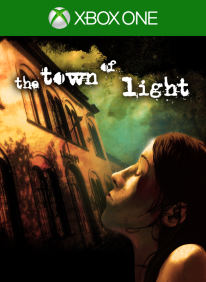