The Switch version of XIII delayed until next year

On November 10, same day as Xbox Series S and X kicks off next generation, Playmagic and Microds is launching their first person adventure XIII. It is a remake of XIII from 2003, which was based on a Belgian comic that was inspired by the book, The Bourne Identity - as the Bourne movies were too built upon.

But just as so many other games this year, it has now been hit with a delay. Fortunately not all versions, but unfortunately, the Switch. This means Nintendo gamers will have to wait until next year to play this. Sad news of course, but we've also gotten a brand new trailer from the game, which does make us somewhat happier.

The long awaited remake was badly received and now the developer and publisher promises to fix the issues.

The Switch version of XIII delayed until next year

Other versions of the title are still set for the November 10 release window.

Check out the XIII box art

Playmagic and Microids' remake of the classic action title XIII recently had some imagery leaked.

The XIII remake is set to release in November of this year but until then, you can check the new trailer here on Gamereactor.

The updated version of the 2003 classic needs more time in the oven before landing on PC, PS4, Switch, and Xbox One. 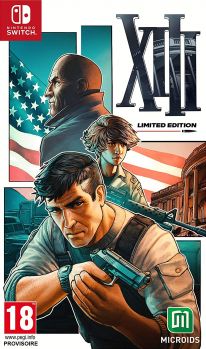