Mojo Bones and Bandai Namco have announced a slight delay for their upcoming survival game Impact Winter. In a press release, they explain that the game has taken longer than planned to develop and that they won't make the previous date, April 12. Instead, we can look forward to Impact Winter on May 23.

"Everything is in place, but one of our main priorities in the run up to release has been making sure that the initial stages of the game aren't too overwhelming and that the overall experience is evenly balanced," the press release explains. "Given the scope of the project and our team size it's taking a little longer than expected. Ultimately, it's all in aid of giving everyone the best experience possible which is the No.1 priority."

"On the flip side, we've had some really positive feedback from our playtest sessions and the game is shaping up to be something unique, and definitely a lot more than we envisioned all those years ago."

Would you rather a game was delayed if the quality is higher?

"Mojo Bones has crafted a chilling mix of survival and RPG elements that makes for a unique experience."

Winter is coming just in time for today's stream.

Release date set for Mojo Bones' survival game on PS4 and Xbox One.

We're bracing ourselves for an ice-cold show.

It's gone from April to May. 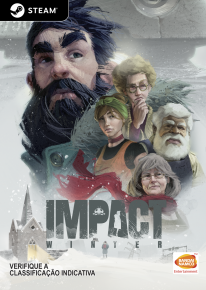