If you like to play fast and rythmic rock on Guitar Hero Live, this is a very good week for you. Activision and FreeStyle Games has announced six new songs, and three of them are performed by the Brittish Act the Struts, and the rest are American college rockers. Below is the list of the two new Premium Sets:

As usual, last weeks acts has been added to the On Demand list. Rock on! 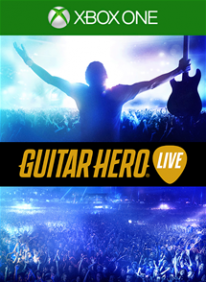