Namco Bandai Partners (who took over Atari's distribution network recently) have announced that the "other versions" of Ghostbusters: The Video Game will launch on October 23 in Europe. As you may recall Sony got a last minute exclusive on Ghostbusters (PS2/PS3) this June in Europe, while all versions were released simultaneously in North America. The other versions include Nintendo DS, PC, Wii and Xbox 360.

REVIEW. Written by Jori Virtanen (Translation: Jyri Paavilainen) on the 13th of June 2009 at 08

The 2009 Ghostbusters game reportedly getting a remaster

Atari's game is 10 years old, and with another film in the franchise coming out, it seems we may also see this game return.

Ghostbusters board game releasing this fall

The rest gets Ghostbusters

Other versions shipping in October

Exclusive to Playstation in Europe 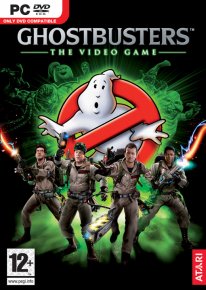