The latest expansion for Crusader Kings II, by the name of The Reaper's Due, has been announced by Paradox.

The expansion introduces settlements where the Black Death has taken its toll and "highlights the historic importance of epidemics and disease in the Middle Ages, especially the Black Death - an outbreak of the bubonic plague that may have killed a third of the population of Europe".

In this expansion several changes are made, such as the boosting of epidemics so as to allow diseases to spread across provinces, taking wealth and power in turn with them.

In keeping with the medieval themes there are also hospitals and royal physicians in the expansion which allow the player to utilise dark ages medical science, as well as seclusion for those who wish to seal them off from the contagious diseases.

Also announced is a gamebook to go with Crusader Kings II, described as an interactive novel, for iOS and Android, and that is out now.

Is this a pretender to the throne, or is this the return of the King? 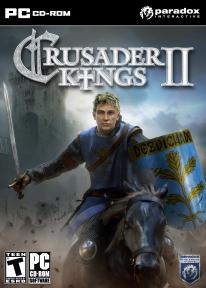