It feels like Diamond and Pearl remake rumours are floating everywhere around the internet now as we inch closer to Pokémon's 25th anniversary. With Pokémon Day right around the corner (February 27), the official Pokémon Twitter account has posted a teaser of its own, and this has only worked to heighten the ongoing speculation.

The post that was shared yesterday on Twitter states: "Let's go, Sinnoh! Turtwig, Chimchar and Piplup are preparing for #PokemonDay—it's only 4 days away!"

This isn't concrete confirmation of remakes coming at all, but it would be the most unfair tease if they weren't on the way. It's also unclear what might be meant by "Let's go, Sinnoh!" It could signal that the remakes are entries into the Let's Go series or it could simply be playful wording. We're personally hoping they are not getting the Let's Go treatment, as that would mean that GameFreak would be skipping out on both the Johto and Hoenn games.

Do you think Gen 4 remakes are right around the corner?

Pokémon at 25: Our favourite creatures from the Sinnoh region

ARTICLE. Written by Kieran Harris +Stefan Briesenick on the 27th of February 2021 at 12

These are our favourite creatures that you'll be able to encounter once more in the remakes.

Pokémon Day is now only 3 days away.

Rumour: Pokémon Diamond and Pearl remakes will launch this November

The remakes have been eagerly anticipated by the community for years now.

These Pikachu clothes are pants. 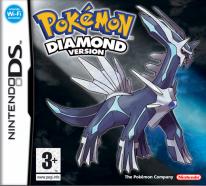