State of Decay 2 was released over four years ago, and instantly became a hit. Since then, Undead Labs has continuously expanded and enhanced the game in various ways - and now it is time for more. Update 25 was released yesterday, which added the new feature Plague Territories.

Here you can find extra good loot, but there is of course a reason why no one else has fetched it already as these areas are dangerous. In the developer diary below, Undead Labs explains all you need to know about the new additions to State of Decay 2. There's also an absolutely massive patch list with new features and bugfixes that you can check out on the official homepage.

State of Decay 2's Homecoming update is releasing on September 1

It's set to add a new map, six new bases, and new weapons.

The plague is coming to State of Decay 2 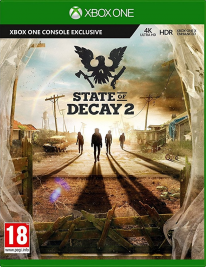