It's been three years since Microsoft announced that they were rebooting the cult classic, Phantom Dust, and just a few months less since they decided to cancel it. Then, during last year's E3, they announced that we're getting a remaster instead. We haven't heard much about the game since then, but Phil Spencer, the head of Xbox, has said that he expects it to launch before June. Now we have our first indication that this might be the case.

Spencer has said that he got to play the remaster yesterday, and decided to share a screenshot of it. It might be worth noting that the information at the bottom-right isn't a part of the game; it's just data the developers use when playing it. Still, it tells us that the game will run at 30fps on Xbox One.

Is this on your radar, or is it just a dust in the wind?

A great success for Microsoft and Code Mystics.

Phantom Dust remaster released for free on PC and Xbox One

Who saw this one coming?

The Phantom Dust remaster gets its first screenshot

The head of Xbox finally has a noteworthy update for us.

Phantom Dust doubled in file size due to new find

It has to do with cinematics.

Or is Phil Spencer hinting at a beta?

The reboot got cancelled to make a remaster. 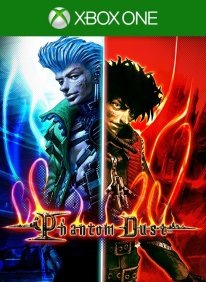