After launching late last year on PC, PS4, and Xbox One, The Outer Worlds' Peril on Gorgon DLC is finally coming to the Nintendo Switch next week. From February 10, players on the hybrid platform will be able explore the new location of the Gorgon Asteroid and will be able to get their hands on three new science weapons that weren't in the base game.

In our initial review of the DLC back in September, we said: "If you liked or even loved The Outer Worlds, you'll like or love this expansion accordingly."

In addition to this news, a new patch has been rolled out for the game on Switch. As well as enabling access to the DLC, update 1.3 also includes a few minor fixes. You can see the full patch notes below:

The Outer Worlds: Murder on Eridanos launching for Switch on September 8

The DLC launched this March on PC, PlayStation, and Xbox.

1 million of those were sold within the last quarter. 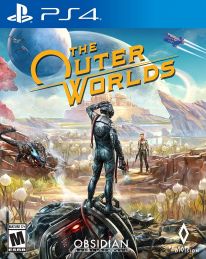