Like many of you, I like The Outer Worlds a lot. It does nothing wrong. It's a solid first-person RPG that tells a good story, is brought to life with good voice acting, boasts good graphics, and offers good action. It's... good. Now, as a writer I was taught to mix up my language up a bit, swap out adjectives to make the text a bit more varied, and as you may have noticed, I failed by using the word "good" several times just then.

That's because, while The Outer Worlds ticked all the right boxes for me, I always felt that Obsidian played it a little bit safe with this one. It didn't push any boundaries nor do anything particularly new for the genre. The studio that gave us one of the most memorable Fallout experiences (in my humble opinion, of course) here delivered a reasonably enjoyable but ultimately forgettable RPG experience. In simpler terms: it was good but it wasn't great.

Now, we have our first DLC for The Outer Worlds, and it comes in the form of Peril on Gorgon, which seemingly will be the first of two expansions for the sci-fi role-playing game. In it, you head out to the asteroid known as Gorgon, which was a science testing facility for all manner of experiments...

The quest starts with a mysterious delivery of a recording, with everything kicking off after you've completed the Monarch questline (that means you don't have to finish the game to play it). Along the way, you meet Minnie Ambrose, who sets up the six-ish-hour quest and has you looking into what happened to one of the aforementioned experiments.

Upon arriving on Gorgon, you'll find it's filled with the usual array of baddies to shoot, things to loot, and interesting facilities to explore. The level cap has been increased to 33 and there are some new weapons and armour to find and use, but I didn't encounter anything particularly revolutionary.

In fact, it's time for me to return to my word of the day. Peril on Gorgon is good, but like the base game before it, it's not great either. In that sense, it's more of the same; interesting missions and side-quests, some of them a little predictable, attempts at humour that sometimes fall flat like dad jokes, and the same choice-based questing that characterised the main game.

That's not a complaint, in fact, it serves to build out the universe of The Outer Worlds, adding a bit more depth to an already decent RPG. It reminds me a bit of Fallout 4. When I first played the main game, pre-DLC, I wanted a bit more in terms of side-quests, the kind of stuff that made Fallout 3 so epic. When I finally played Fallout 4 with all its DLC it felt more complete, a game that you could get lost in for hours.

While the Outer Worlds isn't quite there yet, this first expansion does add something to the experience - a huge side-quest, if you like - to enjoy away from the main game. It doesn't feel too bolted on, and instead adds more of the same good stuff that we all liked in the original. Should you pick it up? If you liked or even loved The Outer Worlds, you'll like or love this expansion accordingly.

Gamereactor UK
+
Continues an enjoyable adventure, interesting places to explore.
-
The DLC doesn't push any boundaries or add much.
is our network score. What's yours? The network score is the average of every country's score

Here's the opening cinematic for The Outer Worlds: Murder on Eridanos

This latest DLC is set to launch on March 17.

The Outer Worlds: Murder on Eridanos expansion to launch on March 17

We recently caught up with Obsidian Entertainment, and they told us the DLC is coming pretty soon. 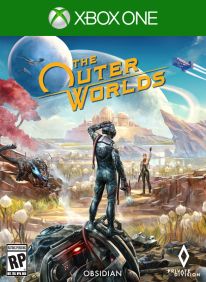