The Outer Worlds has still continued to sell astonishingly well even almost two years after it was first released. Within Take-Two's recent earnings call, it was revealed that the Obsidian developer game has sold over 4 million copies. Surprisingly, 1 million copies (or a quarter of the lifetime sales), according to industry analyst Dom, came from the last quarter.

This large uptick of sales in the last few months we are willing to bet is related to the game's recently revealed sequel. At this year's E3 Obsidian revealed that a follow-up is indeed in the works, but nothing was shown other than a very self-aware teaser. The promise of a sequel likely pushed those who were on the fence to check the original game out.

The Outer Worlds: Murder on Eridanos launching for Switch on September 8

The DLC launched this March on PC, PlayStation, and Xbox.

1 million of those were sold within the last quarter. 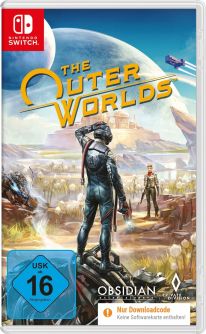