Ever since the long-awaited Secret of Mana remake released back in 2018, we have been treated to remakes from some of the series' finest entries on an annual basis. Along with the aforementioned title, we have seen remade versions of both 1995's Trial's of Mana and 2001's Legend of Mana, and we also received Collection of Mana in 2018, which included the very first entry in the series, Final Fantasy Adventure.

With new entries in the series releasing so frequently as of late, we are sure that many of you were wondering when the next title would be released. Well, we have an answer. Sort of. During a recent 30th anniversary live stream for the Mana series, producer Masaru Oyamada mentioned that a new entry in the series is being developed, but he urged fans to be patient by stating: "we still have a long way to go in development."

The full statement from Masaru Oyamada (as translated by RPG Site) reads: "It would have been good if we could make a cool video announcement with a bang, but the 30th anniversary has just begun. To be honest, we are developing it. We are working on it, but please wait a little longer for the announcement. In fact, Mr. Ishii [Mana series creator, current CEO of Grezzo] took a look at it the other day. That's how far we've come, so I hope you'll look forward to it. We still have a long way to go in development.... We're preparing to release it on consoles, and we'd be glad if you can wait for it."

After so many remakes, are you hoping for a brand-new entry in the series?

Work is underway on a new Legend of Mana animated series

Its story is set to follow after the main events of the game.

The next title in the Mana series is in development

Just don't expect to see it for a few more years yet. 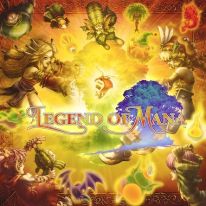