The mobile reboot of Final Fantasy XI has been reportedly scrapped after being in development for the last five years. According to Gamebiz.jp, co-developers Square Enix and Nexon decided to pull the plug on the project after it struggled to meet expectations. Development is said to have come to an end last December and those working on the game have been assigned to other projects.

If you're unaware, Final Fantasy XI is an MMORPG that originally launched back in 2002. The game received content updates until as late as 2015, and it was the final online game to remain active on PlayStation 2's online service before its closure on the platform in 2016. The mobile reboot, which was announced in 2015, hoped to revitalise the online game, but sadly, it was never meant to be.

Are you sad to hear that it won't be making its way to mobile devices?

The mobile reboot of Final Fantasy XI has been scrapped 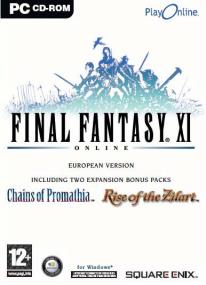