Ever since Capcom first unveiled Lady Dimitrescu, Resident Evil Village's tall vampire woman, the internet has been sent into a flurry. While we've grown quite accustomed to the cosplays and heaps of content produced by the community, YouTuber Kyle Hill has taken the task upon himself to answer one of life's greatest questions and has determined the impact of Dimitrescu stepping on you. And, it isn't pretty.

In the video (which you can view here), Hill did the math by taking Dimitrescu's BMI (body mass index), a value he had to expand the BMI chart to extract due to her 9' 6" height. He then, using this approximate value calculated her weight by rearranging the BMI equation, and achieved the value of 450lbs or 205kgs for us Europeans.

Then, he took it upon himself to see how much force a mass of 205kgs could inflict, with heels on (as Dimitrescu wears), and discovered that the pressure equalled 145 million Pa, which as Hill described is "about more than half of what it would take to puncture structural steel."

The video does show just how much damage Dimitrescu stepping on you could deal with the help of a silicon head and a coconut, so if you're interested in checking it out, make sure to head to the link above. 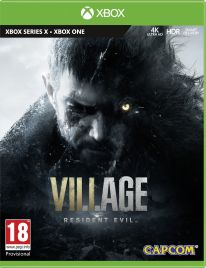