Madden NFL 19 has just been released, and after what EA calls a "strong weekend" of sales, they've also revealed that the franchise has surpassed an estimated 130 million sales during its lifetime, with mobile Madden NFL games also climbing to almost 73 million installs, having Madden NFL Overdrive coming tomorrow to boost that as well.

"It's incredible how many people have enjoyed Madden NFL over the years, and the impact it's had on not only teaching the sport of football, but growing the love of it as well," said Cam Weber, EVP and Group GM of EA Sports. "Every year Madden NFL is the game that kicks off our season of EA Sports games, and it continues to be one of the titans of the game industry."

Are you a fan who buys the game each year?

Here are the latest PC games to hit Origin Access

Origin Access subscribers have plenty of new games to play including Madden NFL 19 and a bunch of Star Wars titles.

The Los Angeles Rams take on the New England Patriots this weekend, and EA predicts a pretty exciting match for fans.

They're coming on board for the Madden NFL 19 Championship Series and will support the broadcasts in various ways.

NFL star will be removed from Madden NFL 19

Legal action taken against several of the parties involved. 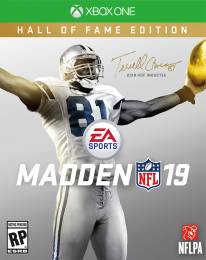