Humble are known for providing great deals for gamers through their Humble Bundles, and their latest offering is all about the Assassin's Creed games from Ubisoft, which may or may not have something to do with the release of the film.

In the lowest tier, which is 'pay what you want', you get Assassin's Creed Chronicles for Indie, Russia, and China, as well as the original game from 2007. The second tier up requires you to "pay more than the average of $7.33 [US dollars] (about £5.97)", and gives you Liberation HD, the third game, plus the Tyranny of King Washington: The Infamy DLC, and Assassin's Creed II: Deluxe Edition.

The highest tier requires you to "pay $15 (about £12.21) or more" and gives you Brotherhood and Unity. Those eagle-eyed readers will have noticed that Revelations, Black Flag, and Syndicate are all missing, and you'd be correct. We don't know why, but either way there's a lot of content here to enjoy without them. Which is your favourite in the bundle? 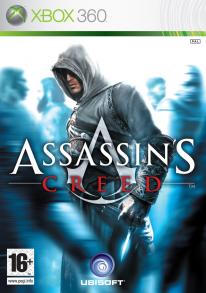