Amazon Game Studios has announced a new racing game based on their series The Grand Tour, hosted by the trio of Jeremy Clarkson, Richard Hammond, and James May, and this title will let you "play the actual scenes you've seen on screen", all of which has to do with the joys of cars.

Players who buy the Season Pass get access to vehicles and tracks from new episodes in Season 3 to play in the game, although it's still unknown when Season 3 will air. The Grand Tour Game be released "soon" on PlayStation 4 and Xbox One, and contains four-player split-screen support and voice-overs from Clarkson, Hammond, and May.

You can check out the first trailer and screenshots from The Grand Tour Game below. How can this show translate to the world of games? 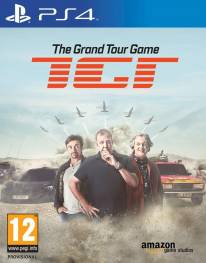