We weren't particularly impressed with arcade racing title The Grand Tour Game when it came out, a game based on the show of the same name on Amazon Prime, and our review reflects that. That said, there seems to be an even bigger problem in the game, as there's a bug that might lose you your progress.

The bug in question makes the save files disappear, at least on the Xbox One X. The game deletes all data after an update that adds a new chapter to the episodic release, meaning the save file disappears out of nowhere and with it the possibility of winning missing gold medals in episodes already played.

Currently we have tested this problem again and started the game on Xbox One after the console was completely shut down. The result - all save data in The Grand Tour Game is set to zero again. This happens every time. The developer is aware of the problem and is working on an update, however.

Have you experienced this? 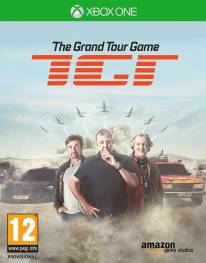