The 3D adventure The Good Life is getting a new publisher, announced by the developer White Owls in an update on the game's Kickstarter page:

"We are excited to announce our new publishing partner: PLAYISM! We've worked with them in the past, and we're thrilled to partner up with them once again to bring The Good Life to as many players as possible.

Other than that, we also got a new trailer, in which the release window of The Good Life has been confirmed to be this fall instead of thepreviously announced summer time.

Check the trailer below.

The Good Life has confirmed its launch date

And it's only a few weeks out.

The Good Life will be published by Playism, release window pushed to this fall

White Owls: "We are excited to announce our new publishing partner: PLAYISM!"

The Good Life is still alive, set to launch in summer 2021

Swery65 is still busy with the project. But he has new screenshots and gameplay to share.

It was meant to be coming in Q4 this year, but White Owls came to the decision to prioritise the game's quality.

This is thanks in part to a prototype version of the game.

Got any questions about The Good Life? 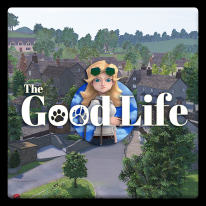