Sony Online Entertainment have gone on record to detail the closing procedures of MMORPG Star Wars: Galaxies (first launched in 2003). As previously announced SOE are closing the servers a few days prior to the release of Star Wars: The Old Republic. But they want to go out with a bang, and here are the specifics on how the Galactic Civil War will conclude.

"The Galactic Civil War will end and scoring will be frozen on Wednesday, December 14th, at 9:00 p.m. PST. At this time, all players will be notified who won and who lost.

Scheduled restarts will occur on the morning of Thursday, December 15th, and afterward various battles and events will begin. (These are optional, of course.)

Please note that the battles and events on December 15th will be open to and enjoyable* for both sides, regardless of who won or lost the Galactic Civil War. You may have lost the war, but you can still win the battle! We invite everyone to join us for what is sure to be a memorable day." 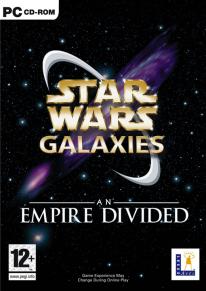