The environments in Titanfall 2 to have "crazy variation"

During EA Play we grabbed a word with Titanfall 2 art director, Joel Emslie, and asked him a bunch of questions about the game. In EA's presentation they showed us some of the new mechanics they were introducing such as the grappling hook and new weapons and, as Emslie tells us, this is something they wanted to showcase at E3, to give people a mellow introduction to the new mechanics.

But just as exciting is the news that they have added a single-player campaign, which is something they really worked hard to perfect, according to Emslie. To do that they pulled on a lot of their experience with Titanfall 1 and their community:

"I think one things that came out of Titanfall 1, was hearing the community and hearing what they would expect to find in Titanfall 2, if it were to happen."

And one thing they learned from the first game was how differently you can play Titanfall. Therefore they focused a lot on different types of game modes for the sequel.

"We're trying to basically cover people's different tastes and play styles for Titanfall and not lock them into something they're not interested in. We're trying to offer something for all the different player types that are out there. That's kind of brought over from Titanfall 1. We definitely listen to our community and try to get that in there and make sure that we're covered."

But even though this is a continuation of the original Titanfall, Emslie told us that it was not a direct sequel:

"I think what we are saying is that it is a continuation of Titanfall 1, but not directly, so you'll see some friendly or some known faces in there. But you're on this basically forbidden planet. So the environment is one single planet. But what I am really excited about is that it has a lot of really crazy variation in the environment and to take advantage of those mechanics and how the player plays them".

During EA Play they revealed that Titanfall 2 will be out for PC, PlayStation 4 and Xbox One the October 28. You can read our hands-on impressions of the shooter sequel by hitting this link. 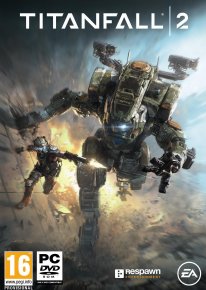