There has been a lot of discussion regarding loot-boxes since Star Wars Battlefront II was about to be launched with a pay-to-win system that sparked an uproar. This ultimately has led to countries banning loot-boxes, and others considering it or at least adding limitations.

Fortunately, some companies seem to scale this back without being forced to. One of them is Bethesda who has now decided to make it possible to get the loot-box items in the game by just playing the game. This is done with a new currency called Seals of Endeavor launching in June, which you can earn by doing daily and weekly challenges.

Rich Lambert from the developer ZeniMax Online Studios explains why they decided to go for this:

"We thought this was a very good add to the game because it fits our overall mantra of, players can have an in-game equivalent, or an in-game way to access anything that we sell in the Crown Store."

We assume we can all agree for once that this was a good decision benefitting players?

They can be obtained with a new currency called Seals of Endeavor.

The Free Play Event is running until November 13, so there's plenty of time to dive in and try the base game for the MMO.

Returning to Vvardenfell in The Elder Scrolls Online: Morrowind

We caught up with creative director Rich Lambert at PAX East to talk about the upcoming expansion.

This summer The Elder Scrolls Online expands with the island of Vvardenfell, a new class, and a new PvP mode.

Build your own home in The Elder Scrolls Online next year

Bethesda's MMO is scheduled to release a free Homestead update. 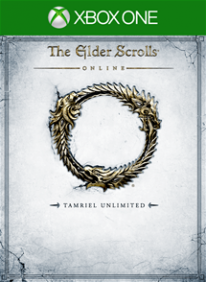