While most MMOs tend to go with expansions (looking at you, World of Warcraft), The Elder Scrolls Online has set itself apart by rolling out major content updates in the form of Chapters. This is an important distinguishing feature, as you can jump into Elder Scrolls Online through any of these as a newbie because Zenimax has made a conscious effort to be welcoming to players of all skill levels. These work hand-in-hand with smaller updates that have landed since launch as well, from The Clockwork City to Murkmire, all of which keep things fresh and expands the universe.

In 2017 we had Morrowind as a large Chapter to bolster the ESO offering, introducing us to the lands we first saw in The Elder Scrolls III, and last year we had the land of the High Elves - Summerset - to sink our teeth into, both of which provided more story and lore for fans of the series. Now we've got Elsweyr coming up in 2019, a Chapter that's taking us to a brand new area that combines the home of the Khajiit with dragons in a weird little cocktail of adventure.

Do you remember the land of Elsweyr? Chances are you don't because this is the first time we've seen the area since The Elder Scrolls: Arena back in 1994, keeping up the trend that we saw in Summerset, which was the first time we'd seen the High Elves' homeland since Arena as well. As a result, this gives Zenimax a semi-blank canvas to paint over with the Khajiit homeland, and there are certainly some weird and wild results as they flex their creative muscles.

As game director Matt Firor told us in our interview at the London prevent event, Elsweyr has a number of different influences including North Africa, one that shone very bright during our time with the game. There are of course various areas to explore, but we got a sense that Morocco and perhaps Egypt served as inspirations for this arid landscape, contrasting nicely to the luscious greens we saw in Summerset. It feels more like a wilderness; a bit more rugged and hostile than the last Chapter.

We mentioned dragons, and that's because this year as a whole is the Season of the Dragon, spanning all four updates in 2019 and introducing - you guessed it - more dragons. In this Chapter Kaalgrontiid and his followers bring a dragon threat with them, as we saw in the opening that we tried for ourselves, and it's up to you to fend them off. It felt a little random to pair dragons with the Khajiit homeland like this, but after playing and experiencing the story, the two contrast quite nicely without jarring.

This dragon-related storyline isn't just featured in Elsweyr though, as the Wrathstone DLC dungeon pack, the Q3 DLC dungeon pack, and the Q4 story DLC will all be tied into the Season of the Dragon, including Dragon Attack world events too. It's a continued storyline that fans can get behind past just the Elsweyr Chapter, which adds a bit more weight to proceedings.

As we got to grips with this opening (of which we played an hour as a newcomer, with no pre-existing class at all) we got to see just how huge the new map is, and as you'd expect from ESO there are plenty of excursions to keep you entertained aside from the main quests. There are resources to gather, runes to collect, and side quests to engage in, meaning that it's the perfect starting point for veterans and newcomers alike.

We didn't get to see this when we played, but the Dragon Attack world events will also be available for you as you explore, which reminded us of the events we've seen in the likes of Fallout 76 and Destiny. You have to join forces with your fellow players to take on the dragon menace, which should obviously provide some tasty rewards.

Another thing we didn't get to touch upon too much is the Necromancer class, the first new class for ESO since Morrowind in 2017. As you might imagine, players can command the dead and it's not too dissimilar from the practice we've seen in other RPGs like Dragon Age and Diablo, providing new abilities and mechanics. Bear in mind though that it's illegal to practice, so if you perform these abilities near guards you'll get a bounty on your head, which is a neat little feature that ties into the lore.

We've mentioned a lot about how Elsweyr is suitable for newcomers, and that's because as with the other Chapters this is an inviting entry point into the huge and at times intimidating world Zenimax has spent years crafting. If you buy Elsweyr on release you'll also get ESO included as a base game too, and with existing players able to visit Elsweyr with their own character, everyone can experience this new content to see what fate has in store for the land of the Khajiits as they face this new threat.

While the voice acting is a little rough around the edges and not as polished as it could be, the taste that we got of the story also looked promising. Already in the first hour we get to see some of the secrets that the story is exploring regarding the dragon invasion, and we see how the necromancers are providing their own narrative branch as well. There's a diverse cast with a lot of surprises to see already, and we're looking forward to seeing how this continues to involve as time goes on.

For now, though, our brief look at Elsweyr was a promising one, and once again it's a breath of fresh air to see this underrepresented land and people shine through with interesting story elements that caught us by surprise. The fact that it's another point for newcomers to jump in can only be a good thing too, and we're especially excited to get our hands on necromancy and explore the land of Elsweyr more this summer. 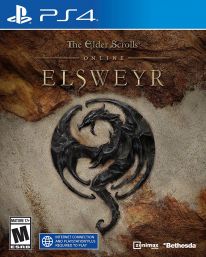