Dishonored and Prey developer Arkane Studios might be working on new titles but it's also celebrating its 20th anniversary this year. As part of these celebrations, publisher Bethesda has now revealed a collaboration with Laced Records with whom it'll release a vinyl collection featuring the soundtracks from all three games in the Dishonored series, i.e. Dishonored, Dishonored: Death of the Outsider and Dishonored 2 as well as official 'tribute' tracks by the following composers and collaborators; Daniel Licht, Jon Licht and Mary Elizabeth McGlynn, Voodoo Highway, Copilot Music + Sound, Raphael Colantonio and Terri Brosius and Benjamin Shielden.

The vinyl collection is titled 'Dishonored: The Soundtrack Collection' and holds 68 tracks across five discs and will be housed in a "deluxe rigid case with five spined disc inners". The collection is available to pre-purchase now for £85 and it's set to ship in August of this year.

Are you ready to relive the saga of Corvo, Empress Emily, Daud and Billie through music? 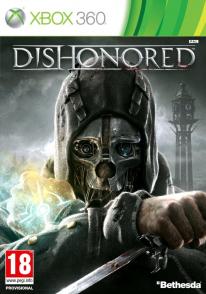