Dragon Age: Inquisition is to get its second meaningful expansion when The Descent launches next week on August 11. Unlike previous DLC Jaws of Hakkon, this one's launching on PC, PS4 and Xbox One simultaneously, but as we already knew the content won't be heading to the Xbox 360 and PS3 versions of the RPG.

As we suspected when we first saw yesterday's tease, the content is focussed on the Darkspawn, a familiar foe for longtime fans of the fantasy series.

"Descend into Dragon Age's deepest dungeon," reads the caption included with the announcement trailer (see below). "In this story, a perilous journey through darkspawn-infested caverns awaits the Inquisition. Venture underground to solve one of Thedas's greatest mysteries." 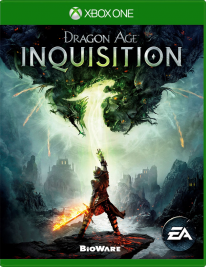