Join us for some The Crew 2 on today's GR Live

We're taking to the sky, streets and sea in Ubisoft's racer.

Get in the passenger seat for our Crew 2 livestream

We're taking to the streets, the sky, and the sea.

Players can expect to get behind the wheel on June 21.

Have you got enough under the hood?

See the game in action, and then sign up for the beta.

Whether it's powersliding round corners, flying sideways, or sailing the seas, Ubisoft has you covered.

The Crew 2 gets official release date 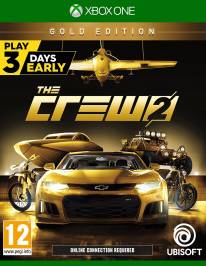