Binding of Isaac creator Edmund McMillen took to Twitter over the weekend to confirm that the title's next DLC, Repentance, will launch on PC on March 31. No release date was confirmed, however, for the console versions of the game, as McMillen only stated that these will be coming at a later date.

Repentance has been confirmed to be the final DLC for the roguelike. It coincides with the game's ninth anniversary, and it's the largest update it has seen to date. The DLC is set to add 130 items, 100 enemies, 25 bosses, two playable characters, 5,000 potential room layouts, and 100 achievements.

The Binding of Isaac turning into a multiplayer card game

Forgotten Update lands for The Binding of Isaac: Afterbirth+

There's some extra goodies in the boxed version.

He's working with Tyler Glaiel on the game. 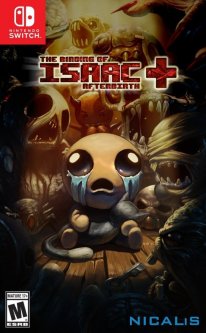