From the gorgeous animated art-style, to the understated script and the nuanced turn-based battles; The Banner Saga has an elegance to it that's hard not to admire. Stoic has created an intelligent and thought provoking strategy RPG that's ambitious, enjoyable and easy to recommend.

What we're immediately greeted with is the beautiful visuals, beginning at the start screen and continuing through the game's last act. Playing The Banner Saga feels like playing through a Disney movie circa 1960. That this layer of visual flair has been achieved by a team of just three only makes it all the more impressive.

During the first part of the 10-15 hour campaign we take control of multiple characters, assuming contrasting points of view and following different strands of narrative, before it all converges for the finale and all the characters are brought together to conclude events. Chapters alternate between chief protagonists, which sees us jumping between different sides of the Norse-themed map as we dodge an age-old threat that's resurfaced to turn society on its head.

Regardless of which shoes we fill, we're in control of a caravan and leading a band of travelers through the varied landscape of a world in turmoil. The pace of the journey is slow, exemplified by the plodding trail of followers across the screen. It's timed just right, any slower and it'd get boring, but as it is it conveys the sense of time passing and ground being covered, while taking just long enough for you to wish it was going faster.

In one caravan we're leading a mixture of humans and varl - horned giants - and dealing with a selection of different personalities each with their own set of problems and concerns. We control a character called Hakon, a varl thrust into a position of authority. Different characters struggle for influence, with dialogue between them delivered either via text underneath hand-drawn portraits, or from text boxes that pop up and prompt a response. In the other caravan there's a more human story at play, with us assuming the role of Rook, a hunter similarly pushed into authority following events that spiral out of control.

Both characters assume their new positions as leaders because of the dredge, the enemy that provides the focal point of this first chapter (a trilogy is planned). It's the dredge that make up most of your opponents in the turn-based combat element (which we'll get to later), and force us into making many of the decisions that are thrown at us like so many curve balls throughout the campaign. It's here that The Banner Saga shows off the Bioware influence of its developers, as the choices made here have far-reaching consequences, and paths followed in error can often return to bite, either in the short or longterm.

One thing that Stoic manages to convey perfectly is the thanklessness of leadership. Many of the decisions forced on Hakon and Rook are horribly grey, and often we're choosing the lesser of two evils. Even more often we're gently nudged into making the wrong choices, as logic and frustration battle each other for supremacy in our mind when decision making. Much of the stress of authority comes from caring for those under your protection. Each caravan is made up of fighters and clansmen, and each must be protected and fed. Supplies are an ever-dwindling resource, ticking down on the screen as the caravan drags itself through field and forest, over hills and past abandoned villages. Lack of supplies is a constant source of tension, because if you run out before you have a chance to restock, people start to die of starvation and morale in the caravan drops.

The fragility of the people under your control heaps weight onto each and every decision. If bandits approach do you kill them? Welcome them into your caravan to bolster the numbers of fighters available to you should the dredge make an appearance? If so there'll be more mouths to feed and resources will dwindle more quickly. Perhaps it'd be best to let them leave, but what if they steal some of your supplies as they go? There's rarely any clearcut choices to be made, and all that can be done is trust one's intuition and accept that there's no easy route.

Between all the weighty decisions and colourful characters, there's an interesting turn-based combat element to keep things fresh and break up the delivery of narrative. At first it comes across as complicated, then after a few rounds it seems easy, but the truth is that it sits somewhere in between the two thanks to the nuanced systems that inform the action. It's effectively the same system that was released last year in The Banner Saga: Factions, but the difference being that was multiplayer and this is most certainly not (and the better for it, in our opinion).

The player can take six characters into combat, and there's several classes with different special moves, strengths and weaknesses to take into account. Over the head of each character hovers two numbers, one that represents health AND damage, the other depicting armour value. For most of the enemies that you bump into, the only figure of concern is the health/damage number - the lower it goes the less effective the character. For more powerful enemies it becomes increasingly important to whittle away at the armour score, opening up the target to take more damage later on.

There's an interesting willpower mechanic, whereby players can move further, hit harder or use special moves. Using this effectively is often the surest route to victory, but even then there's still room for a lucky roll of the dice to help decide an encounter. Characters of different classes bring varied skills and abilities to each skirmish, and there's opportunities to evolve tactics as you start to tackle increasingly hardy enemies. There's a lot going on, and some of the later battles are tough. Luckily it's quite forgiving, and apart from a handful of examples that bottleneck the main story, defeat doesn't mean the end, just damage dealt that takes time for characters to recover from.

The battles themselves are interesting, but perhaps there could have been more variety. The backgrounds are overlaid with grids that show how far a character can move, but movement is only horizontal and vertical, and there's no use of levels. There's little to separate some of the different battles from each other aside from the visual finish underneath the grid. If there's one area I'm hoping for an improvement in the next entry in the series, it's here.

Jumping between the twin narratives sometimes breaks the ever-growing connection to the characters, it's not like Mass Effect where it was our adventure; here we're experiencing a story, shaping it, but not living it in the same way. Also as a result of the split story, there's lots going on and plenty to take in. So much so that sometimes things get missed that lead to confusion later on. One example was a character who at one point tried to have us killed, who later somehow joined our caravan and we've no idea how. Moments like this were few and far between but it jolted us out of the moment, forcing us to try and remember things that we're not sure ever happened. Another notable issue was the recycling of assets, both in combat and elsewhere. Given the limitations of the team we completely understand the how and why, but maybe next time we'll see a little more variety.

So there's the odd niggle, but nothing disastrous. All told it was a hugely enjoyable 10-15 hour campaign with plenty to admire, lush visuals and great audio. The voice work was seldom used, but when it was it was very good, and Austin Wintory (who scored Journey and Monaco: What's Yours is Mine) provided an evocative and emotional soundtrack. And perhaps we should wrap things up with yet more praise for the game's visuals; it really is one of the most beautiful games we've ever seen.

We thoroughly enjoyed our time with The Banner Saga. So much so that upon completing the campaign we jumped straight back in for another pass, just to see how much difference there is when playing differently and making alternate choices. It's a mature game, as thought provoking as it is beautiful, and definitely worth a look if you enjoy either RPGs or turn-based strategy (and utterly essential if you like both). It's not quite a masterpiece, but with a few light revisions and a little more variety, it could well be next time. We can't wait to see what's still to come from this engrossing, beautifully told saga.

Gamereactor UK
+
+ Wonderful visuals, engrossing story, well paced, interesting combat, lots of decisions to make
-
- Needs more variety, in combat and in some of the visuals
is our network score. What's yours? The network score is the average of every country's score

"It's a mature game, as thought provoking as it is beautiful."

Get into the Viking saga before the third entry later this year.

Stoic's strategy RPG joins roster of games you get with subscription.

A collector's piece for true fans.

We play the PlayStation 4 version of Stoic's RPG.

We sample the RPG now that it has journeyed to PS4. 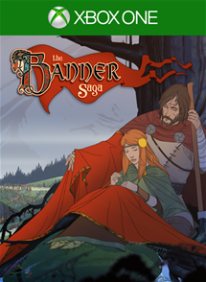