The closed beta for Valorant will begin next week

Here's how you can get the invite to the new shooter from the studio that gave us League of Legends.

Report: Super Mario remasters and Paper Mario are on the way

According to a new report over on VGC, there could be some big Mario-themed releases coming to Nintendo Switch this year as Nintendo prepares to celebrate the big man's birthday.

Text: David Caballero Published on the 31st of March 2020

Text: Sergio Figueroa Published on the 31st of March 2020

If you've been thinking about taking the plunge and checking out the long-awaited game, we've got a two-hour taster for your viewing pleasure.

The studio is the latest to send its developers to work from home after one of their number came down with coronavirus.

Text: Alicia Chang Published on the 31st of March 2020

A fan has created a machine-learning program to remaster Star Trek: Voyager in glorious 4K resolution.

You can leave feedback on the Bravely Default II demo

The beta, which was supposed to kick off this past Friday, has been delayed for PC and PS4 due to technical issues.

Can your PC handle Splash Damage's strategy game Gears Tactics? The system requirements for the game are now available.

Text: Eirik Hyldbakk Furu Published on the 30th of March 2020

Shantae and the Seven Sirens heads to console and PC shortly

Developer WayForward recently revealed that Shantae and the Seven Sirens is set to release on consoles and PC later this spring.

Here are the Games to Look For in April

If you're looking for something new to play, we think you'll find April to be a most generous month.

Mafia III developer Hangar 13 is working on a new IP, revealed by job listing on its official website.

Text: Stefan Briesenick Published on the 30th of March 2020

Here are some huge games to play in isolation

Bored and looking for an extended adventure? Our latest video has you covered

Arya shares his experiences of the COVID-19 pandemic

We're back with another Out of Office report as the pandemic continues to run its course, with our latest report coming from GR Indonesia.

Kratos was not misogynistic, says original God of War creator

God of War's Kratos was NEVER misogynistic, says the director of the original game in response to a new article about the origins of the character.

Text: Markus Hirsilä Published on the 30th of March 2020

Text: Anne Zarnecke Published on the 30th of March 2020

Microsoft's Jason Ronald has explained the reason why they've opted to stay with controllers that need AA batteries.

After an extended wait, Tale Worlds Entertainment is finally ready to unleash Bannerlord.

Good news for all Final Fantasy fans in Europe and Australia, although not everyone will get the game early!

Text: Fabrizia Malgieri Published on the 30th of March 2020

We check out both sides of the long-running battle between human and Predator.

Nier Replicant remaster heading to PC, PS4 and Xbox One

A mobile spin-off to the Nier-series is in the works for iOS and Android, too.

Text: Stefan Briesenick Published on the 30th of March 2020

Plague Inc. now lets you stop a pandemic, not just create one

The disease-riddled simulator is back with a new mode that lets you save the world instead of wiping out humanity.

Text: Alicia Chang Published on the 30th of March 2020

Analyst states many underestimate the sales potential for Xbox

Stadia players with active Stadia Pro subscriptions will get to enjoy Serious Sam and Stacks on Stacks for free in the coming month.

Switch to feature 51 board games from around the globe

Nintendo is bringing a bunch of classic board games from around the world to the Switch this summer.

Text: Stefan Briesenick Published on the 29th of March 2020

Text: Roy Woodhouse Published on the 29th of March 2020

OnePlus 8 Pro rumoured to have wireless charging and more

The upcoming iteration of the OnePlus will solve two of the main problems facing the flagship killer phone according to the notorious leaker, Ishan Agarwal via his ...

Originally scheduled for late March, the closed beta for Blue Protocol was delayed due to the influence of COVID-19.

Text: Alicia Chang Published on the 28th of March 2020

Take a look at the new Valorant heroine Sage

Text: Fabrizia Malgieri Published on the 28th of March 2020

PlayStation 5 and upcoming games have yet to be delayed

Sony has issued a statement regarding the pandemic and it includes some pleasant news for gamers.

Text: Eirik Hyldbakk Furu Published on the 28th of March 2020

AMD revealed that some source code has been obtained by a hacker in December and the hacker is looking to leak the information.

Get ready to take to the close-to-photorealistic skies with friends in Microsoft Flight Simulator.

Those of you who still use your last-generation Sony consoles won't be able to message current-gen users anymore shortly.

Those wanting to check Shadow Arena out prior to release can sign up to join the closed beta now.

Text: Lisa Dahlgren Published on the 27th of March 2020

Echtra Games' MMO Torchlight III had a new class debut ahead of the game's release later this year.

Text: Lisa Dahlgren Published on the 27th of March 2020

Earlier today, Bandai Namco released the update 2.50 for God Eater 3, bringing new character episode "Traversing the Past: Episode Ein" to the game. This is also...

Text: Alicia Chang Published on the 27th of March 2020

Twitter is swinging the ban hammer on those encouraging people to meet up to spread the coronavirus.

A free content update was recently released for Ring Fit Adventure on the Nintendo Switch.

Some of the top soccer teams from the US will compete in the inaugural USL eCup: Rocket League Edition.

Convoy is coming to consoles in April

Upcoming strategy RPG Convoy is set to release for consoles this April after having lingered on PC since 2015.

Text: Ricardo C. Esteves Published on the 27th of March 2020

The Force is strong with the game as it returns this week on PS4 and Nintendo Switch.

The Gears are getting tactical in Splash Damage's spin-off adventure.

If you're intrigued by the RPG you can get to know the four heroes and experience the opening of the game.

Text: Gianfranco Lagioia Published on the 27th of March 2020

If you're after a new pair of wireless earbuds, you're spoilt for choice right now. Here is the offering from JBL, the 220TWS.

We take another look at Bang & Olufsen's wireless earbuds.

We take on the considerable challenge of the new Bravely Default II demo on Nintendo Switch.

Magnus is back in the office for a Quick Look at the Sonos Sub, the wireless subwoofer from the audio specialists at Sonos.

We've edited down the latest Inside Xbox stream to nine-minutes of concentrated action. If you missed the show and don't want to watch it all back, we've got you covered.

As Duos not only make a return to Apex Legends but in fact has become a permanent mode, we jumped in for a quick win.

Coping with the Coronavirus Outbreak: Dóri's Out of Office Update #4

Dóri had a pretty interesting day today and he brought you along for the ride.

Ahead of the long awaited release of Final Fantasy VII: Remake later this week, Dóri booted up the full game and continued on from chapter 2 where the Demo provided earlier cuts the story short.

Infinity Ward's classic shooter is back and ready for action. How does it stack up after all these years?

Corsair does it again with the Dark Core Pro RGB.

A new story DLC has just dropped for Borderlands 3 that joins together a troubled wedding, a bazillion of guns and H.P. Lovecraftian inspired enemies.

Resident Evil 3 is back and so is Lisa trying the game out on GR Live.

A day ahead of launch Lisa took a look at the asymmetrical multiplayer of Resident Evil Resistance.

Hyperparasite is a new Roguelite that has just seen full release out of Early access on Steam. Billed as "Broforce meets Enter the Gungeon", Dóri had to give it a try.

Has it been worth the wait? We've been playing the remake of JRPG classic Final Fantasy VII and this is what we think.

Coping with the Coronavirus Outbreak: Lisa's Out of Office Update #5

Lisa shares a short update partway through her journey back to Sweden.

A lot of features does not have to cost a fortune, and Amazfit shows us how.

Coping with the Coronavirus Outbreak: Teresa, Marc (& Vito), and Rebeca's Out of Office Update

Three of this year's Gamereactor Spain trainees (plus a dog) kindly share their personal experience during the confinement with this combined update filmed from Pontevedra, Lleida, and San Vicente del Raspeig.

For the final video in our series we decided to give you our top 7 tips on how to become the best Doom Slayer you can be in Doom Eternal.

We had a chat with Death Stranding's composer and audio director about all kinds of things about Kojima Productions' first game as an independent studio. 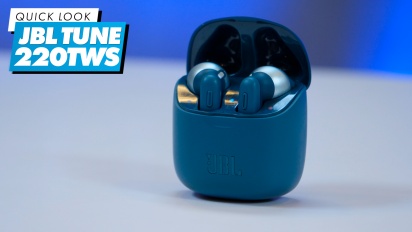 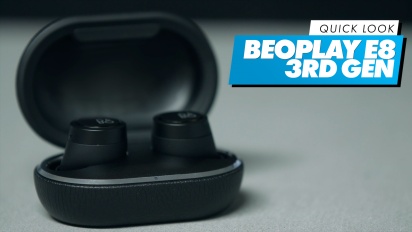 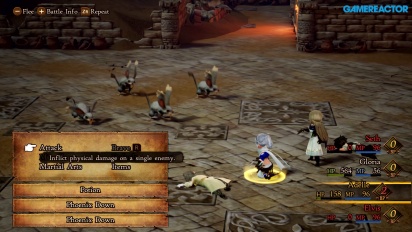 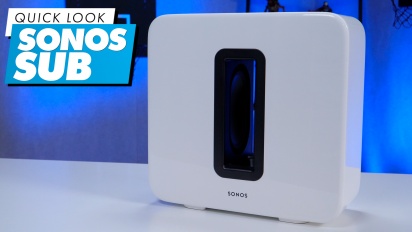