Do you have to do missions, to choose when creating the character? The Dracthyr Evokers can be Preservation or Devastation, Blizzard digs into this.

AMD is working on the next generation chip

The company is looking for staff to expand the ranks of the team that created the Xbox and PlayStation chips and work on a "new generation SOC".

An online and multiplayer game that brings players or Proxies together against dangerous creatures called Hollow, and which the beta will open in a few days.

Codemasters is now part of the Need For Speed future

Resident Evil Re:Verse comes back from the grave

The multiplayer game, supposed to come with Resident Evil Village almost a year ago, resurfaces for Stadia.

Ubisoft prepares an upcoming global release for consoles and Google Stadia of the crazy Rabbids' game.

FIST's raving rabbits hit the Switch in the summer

Redfall and Starfield are lost in space: delayed to 2023

Tencent's Need for Speed for smartphones gets leaked

An user leaks some gameplay videos from this NFS for iOS and Android created in Unreal Engine 4.

Avatar: Frontiers of Pandora, Mario + Rabbids 2 and Skull & Bones are coming out this year

Ubisoft sets the release windows of this games' trio and assures they will come out before the end of the fiscal year.

EA, Respawn, and Tencent join forces in the launch of the battle royale for both iOS and Android.

Nintendo leaves the launch of a new Switch in the air

The company wants to extend the hybrid console's life cycle, but doesn't specify how they plan to do it.

The adorable Ooblets will invade Nintendo Switch this summer

Glumberland's game, originally released on PC and Xbox One, is coming to Nintendo's hybrid console in a couple of months.

EA are readying another remake as part of their mysterious quartet

A major IP entry, a partner title, another sports game and a new remake other than Dead Space's.

The anime platform is taking advantage of Sony's backup to reinforce its presence in the big screen by releasing the new Goku film.

FIFA's reaction to EA Sports FC: "The only authentic, real game that has the FIFA name will be the best one"

The sports organisation is already collaborating with publishers, studios and investors to launch its football simulator in 2024.

A group of users are going to leak the project developed until 2001 to reveal what it was and what it could really have been.

The company is taking notes of the players' feedback and promises to introduce more abilities and changes in the current OW2 beta.

Daruk's voice actor leaks the key to Zelda: Breath of the Wild 2

Pietro Ubaldi claims he's voicing both the Goron Champion and his ancestor from 10,000 years ago in the new Zelda BOTW 2. Time travelling?

Poppy Playtime Chapter 2 is out this week, Huggy Wuggy strikes back!

Mob Games starts May with the surprising release of Poppy Playtime Chapter 2. Available on Steam for PC.

Respawn, Lightspeed and Quantum Studios are all set to bring Apex Legends Mobile to Android and iOS.

MOB Games and Studio71 are collaborating to develop an adaptation of the viral horror game with the LEGO Movie and It Producer.

The usual source is back with May's free games catalogue for PS5 and PS4 online service users.

Uncharted: Legacy of Thieves Collection comes to PC in June

Epic Games Store unveils when Uncharted: The Lost Legacy and Uncharted 4: A Thief's End are coming to PC.

TIM reborn as Khosmium, a Play to Earn MOBA, RPG and RTS

The Immortal Mystics reinvents itself with a new business model and taking advantage of more than 6 years of development as a AAA game.

Cryptic Studios' new MMORPG campaign reveals its launch window and part of its storyline in a short video.

Breed your own dinosaur with Jurassic World Tamagotchi

Bandai is releasing two Tamagotchi based on Jurassic Park to celebrate the release of Jurassic World Dominion.

SteamDB reveals a late April release date for this chapter with new "powers", new toys and new places to discover.

Brie Larson to be part of the Fast 10 family

Also known as MCU's Captain Marvel, Larson will be a "timeless and amazing" part of the franchise's mythology.

Sonic 2 director wants to make a Smash Bros movie: "Nothing would make me happier"

Jeff Fowler wants to get Mario and Sonic "in the ring", but he knows that rights and licensing wouldn't make it easy.

Twitter confirms they're working on a tweet editing feature. First tests will be coming soon to its paid version.

Eivor and Ezio assassinate in Fortnite with Assassin's Creed crossover

Epic Games and Ubisoft work in the Dark to serve the Light bringing two of the most iconic characters from Assassin's Creed to the battle royale.

Konami puts a release date on the first final version of the previously failed launch, now including new game modes and improvements.

We've taken an exclusive first look at the new R6, an ambitious adaptation of Siege, which aims to be a turning point in mobile FPS.

MiHoYo is giving away 100 free Primogems to all players in compensation for the problems caused.

Hasan Kahraman admits that Blue Box Game Studios and Konami had some conversations, but not for what many would want.

The newer PS5 game pads have been taken apart to unveil what suggests better durability.

2K announces all the downloadable content coming to the wrestling game after launch, with names such as Mr. T, Ronda Rousey and Logan Paul. 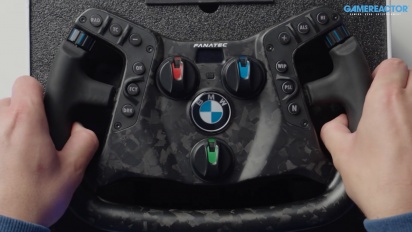 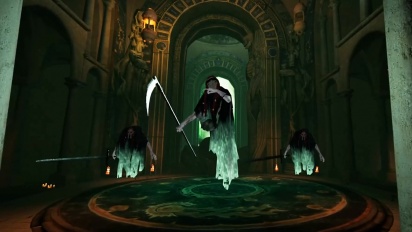 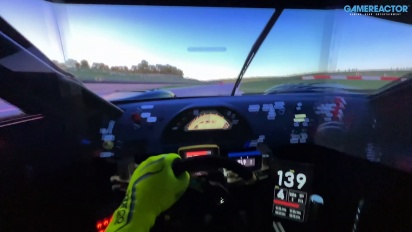 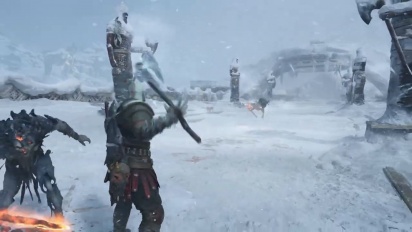