The classic block-dropper from the old Soviet Union, Tetris, is thirty years young today. Developed by Alexey Pajitnov while he was working for the Dorodnicyn Computing Centre of the Academy of Science of the USSR in Moscow, Tetris was originally released on June 6, 1984.

There isn't an operating system that hasn't seen some version of this addictive game at some point along the way. Tetris has crossed generations, and more importantly borders, being one of the most widespread Soviet exports of its time.

Pajitnov did not see any money from the game until 1996, when the rights reverted back to him from the Russian state. He had already emigrated to the United States by that time, and was working as a game designer for none other than Microsoft.

At that time, Tetris licenses were being sold to third parties by Dutch game publisher Henk Rogers, who then formed the Tetris Company with Pajitnov.

It is this Tetris Company that recently made a deal with Ubisoft to bring Tetris to the new console generation. The fruit of this partnership is of course Tetris Ultimate, which will be shown at E3 this year. Fans can also meet Pajitnov himself at the event.

"Tetris Ultimate is a solid title that delivers exactly what you'd expect it to; blocks that drop and aching thumbs."

Woman in a relationship with Tetris, wants to marry it

Many of us love Tetris, but perhaps not this much.

Not likely to be machine washable.

This is Tetris 30 years after

Ultimate celebrates 30th Anniversary in a matter of weeks in Xbox One and PS4. PC version ready this fall. Pajitnov flies to L.A.

Landing on Xbox One and PS4 later this year. 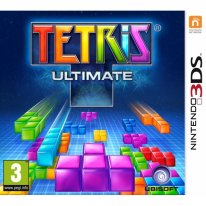