When we reviewed Tetris Effect the other year, it was clear that this was an experience beyond the ordinary. The superlatives of our review hailed from the first to the last line and together with the PSVR accessory, we think this was one of the best video games of the year 2018. Fast forward two years and the "enhanced" version, Tetris Effect: Connected has just been released for Xbox and PC formats, but the question is whether the magic lasts?

Calling this an improved version versus the original Tetris Effect is, to begin with, a truth with modifications. Sure, the blocky adventure is updated and works flawlessly for the new Xbox Series X, and there's an expanded multiplayer mode that we'll be talking about further down the line, but don't expect the exact same experience as the last one. One of the reasons is that the possibility to play this in VR is not available for the Xbox format, and if you play on a PC, you have to wait until an update makes this possible at the end of the year. PlayStation users will not be able to download this expansion until 2021, so if VR means a lot to you, it may be wise to wait until all options are available.

With that said, Tetris Effect: Connected is absolutely wonderful to play as it is right now. The original gameplay is intact, and seeing the colourful cavalcade of impressions spread across the screen while trying to piece together the right blocks is a spellbinding experience. I do not know how many times I have just sat and felt the mind disappear: and finding a more meditative adventure is probably difficult for the moment, if not almost impossible.

However, it is highly recommended that you use a pair of sturdy headphones when playing this puzzler. The music does a lot to rock you into the right emotional state, and to hear tempo changes and experience how your manoeuvres affect the soundscape is an important component for both the involvement and for your own performance. Incidentally, the mix of songs is as brilliant as before, and to play with fast-paced electronic music for a moment and then unwind with calm underwater sounds never ceases to impress.

The biggest news is of course the opportunity to play with others and it is an overwhelmingly positive, albeit mixed composition the developers have managed to deliver in Connected. Although I personally like to play Tetris in my solitude, I have still found myself revisiting this more competitive gameplay on a regular basis. You can either choose to play against one player or team up with two others to defeat specific challenges and fight so-called boss battles (one mode also offers a player to be the boss and attack three others). The game mode offers a lot of variety for those who are looking to tailor their Tetris experience to their liking and taste, but I actually missed the opportunity to play a classic Tetris round against more than one pitiful player at a time. Maybe it's the Battle Royale success Tetris 99 that made me a little picky, but just meeting another human felt a little awkward, and it never gave in to that real hectic competitive instinct that the above mentioned block party could deliver.

At the same time, however, it feels very nice to play a Tetris experience that is more connected and alive. Being able to explore new challenges and browse through active missions to unlock new cosmetic items is a fun side track that can extend playability for those who do not want to chase their own records. Being able to see other players floating around like little sharks (yep, sharks) on the world map did a lot to make you feel more connected in your otherwise quite isolated and meditative emotional world - no matter how silly it may sound.

In conclusion, Tetris Effect: Connected is a wonderful journey that everyone should make, regardless of choice of format or gameplay. Sure, the PSVR version is probably still the most unique variant to play today, but don't let the lack of a pair of Virtual Reality goggles stop you from finding peace among these colourful building blocks.

Gamereactor UK
+
Wonderful basic game, brilliant design, great music, nice multiplayer mode.
-
No VR support at release, the number of players in multiplayer feels a bit stingy.
is our network score. What's yours? The network score is the average of every country's score

The colourful bricks are back, with the opportunity to play with friends and strangers.

Jonas Neubauer has passed away at the age of 39 years old.

It's exclusive to Xbox and PC until next summer and its several modes really "Enhance" what was a 2018 Game of the Year contender.

The title will also be featured in the Xbox Game Pass.

The new version of the brilliant game is heading first to Xbox Series X. 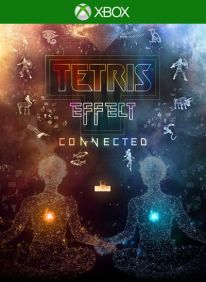