Following the appearance of the supposedly leaked documents that reveal part of the pitch forms for a "Echoes of Siren" project leading to headlines such as Rime could have been a Xbox One exclusive yesterday, Gamereactor reached out to Tequila Works for comment.

In response, the Madrid based studio doesn't seem particularly uncomfortable or alarmed by the appearance of these documents, nor by a change of partner that, in fact, they openly admitted long ago. While they do not usually comment on rumours, one of its members wanted to clarify that "in their [MS] defense, it has to be said that they didn't passed on it at first; project had been greenlighted and only when Xbox One plans made public and project couldn't adapt, it was decided not to carry on and we moved it with other publishers".

The team is still working hard on an adventure meant to be special and emotional to show something new as soon as possible, as with Rime they claim that "we have a lot to prove." 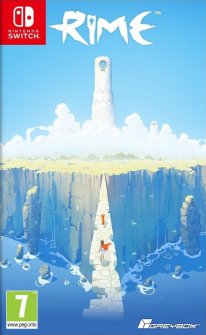