Right off the back of its major Cipanku Island expansion, Temtem has received a new update that stretches beyond the usual bug fixes and quality-of-life improvements.

The update adds a second Mythical Lair, where players can encounter the new dragon-like Mythical Temtem Volgon. A new route has also been added in Tucma Subsurface and this has been created with help from one of the game's Kickstarter backers. In addition to these changes, the level cap has now been increased from 70 to 72, so you are now able to possess even more powerful creatures.

You can take a look at the full list of changes here.

You can now visit the Crema offices in Temtem

Additionally, the latest update adds competitive tournaments to the game. 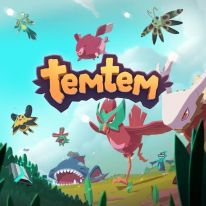