"While we deeply love King's Quest here at Telltale, we can confirm that we are no longer working on the franchise. There was a time last year that we investigated partnering with third party developers to produce the game as a partnership but decided against outsourcing. We are not privy to what plans Activision has for the franchise, if any."

Apparently Replay Games (Leisure Suit Larry remake) were apparently the third party involved, and their Paul Trowe suggested Activision may have plans of their own for the franchise. 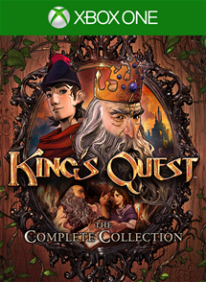