Although we wouldn't call it the pièce de résistance of Dontnod, we still enjoyed Tell Me Why and thought it was an enjoyable and important adventure when it was released last fall. If you still haven't played it, but are interested, now is the time to do so.

Dontnod has announced that Chapter 1 of this three chapter long adventure starting today is free to download and play for all formats (PC, Xbox One and Xbox Series S/X). Also, for two days, until March 12, it is also 50% off Chapter 2 and 3 if you decide that you appreciate the adventure and want to see how things ends for the twins Tyler and Alison Ronan - after the former has confessed to murdering his mother. 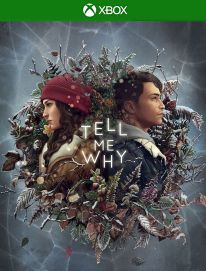