Sonic and his buddies are teaming up for some more racing action in the form of Team Sonic Racing, brought to us by Sumo Digital and Sega, but now the blue hedgehog's Twitter account has revealed that the launch has been delayed to May 21 next year.

The game was originally meant to release later in 2018, but the tweet says that the delay is to "make Team Sonic Racing the best game it can be," meaning the team gets more time to work on it. "We know delays are no fun, but quality matters most. Thanks for your patience - we've got more to show you for TSR very soon," the message adds.

Are you sad to see the release date pushed back? 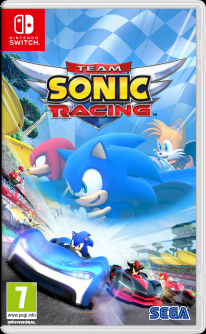