During PAX East we had an opportunity to catch up with Nier: Automata director Yoko Taro (wearing his Emil mask from the game) and composer Keichi Okabe. The conversation revolved around the success of the game and its fans, as well as the work that has gone into the soundtrack.

When asked about the decision to design the game around multiple playthroughs Taro had this to say.

"When thinking that we wanted players to play a long time with our game, play many times, we were limited to the number of levels we could create cost-wise and budget-wise and so we devised this multiple playthroughs [design], so that we can create an environment where you want to play multiple times but limit the amount of places we had to create. So it actually was based on monetary issues."

"It would have probably been completely different [with a bigger budget]. When we first talked about constructing the game I think it would have been something that is really different than what Nier: Automata ended up being."

Naturally, we had to ask about the potential for a sequel and Taro seemed very open to the idea, though it is in the hands of Square-Enix.

Nier: Automata was released to great critical acclaim in March last year and has also been a somewhat surprising commercial hit.

The news was revealed on the fourth anniversary of the title's release. 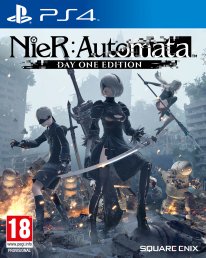