We met with producer Yasuhiro Fukaya from Bandai Namco to discuss the next instalment in the long running JRPG franchise Tales of. This new game features a female heroine, Velvet Crowe, and has ties to a previous title (Tales of Zestiria) and offers new twists to the real-time battle system.

"Velvet has a dark atmosphere compared to the other heroes of previous Tales of titles," says producer Yasuhiro Fukaya. "But please understand she is not a dark hero... Players can see other aspects not seen in the main story, and actually she has intense emotions and her atmosphere is really dark, but players can see has a little gentler past, so please look forward to see how Velvet actually is."

The battle system is something that has always been a key feature of the series and this is has the tongue tinglingly wonderful name Liberation Linear Motion Battle System or LLMBS for short.

For more on Tales of Berseria we suggest you turn your attention to our recent hands-off preview. 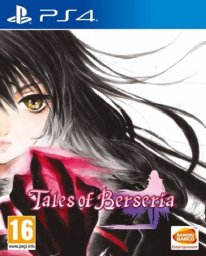